10 Tech Companies That Changed Our Lives

29th June 2007, a day that changed technology forever and the way we as consumers look at everything around us. Ten years ago today, the very first iPhone hit the shelves in the US, and the world truly hasn't been the same since.

For a lot of us the iPhone is the first thing we pick up in the morning and the last thing we put down at the end of the day. Love them or hate them, Apple deserve a lot of the praise they receive today, for the way their technology has changed the world and all our lives along with it. Without the iPhone, we wouldn't have; the touch revolution, responsive web and the ability to become an amateur photographer at all times. Therefore to celebrate this mile stone let's look at 10 tech companies that have also changed the we way live our lives today. 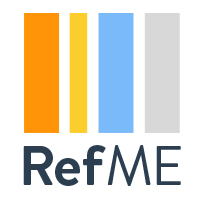 10. RefMe @GetRefME (Ed Tech)
Rather selfishly I added this company on this list as it saved my life multiple times during my three years of study at university; RefME is a very helpful application that accurately automates citations. Since its launch in 2014, RefME has become one of the fastest Edtech products used by students all across Europe, gaining nearly a million users in the first few months of operation.

This tech company is definitely one for all the students out there, when a deadline is fast approaching and you are struggling with the monotonous nature of sourcing, remember to join the "Refolution". 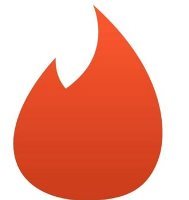 9. Tinder @Tinder (Dating Tech)
How exactly 'did' single people meet each other before Tinder?
This application has revolutionised romance, for better or worse. With users swiping 1.4 billion times a day across 196 countries. Tinder has been the reason for a myriad of weddings, thousands of births, and sadly its hand in a few divorces. However for those nervous guys and girls out there who haven't got the confidence to approach someone in a bar, Tinder may have given them the chance to find true love.

With an estimated 50 million monthly users worldwide, it is no surprise that the Tinder boom has had a knock on effect on other industries, for example the hospitality industry. Although there no hard figures to back this up. Anecdotal evidence indicates that bars and restaurants are seeing differences in their traffic and revenue, reportedly due to dating apps like Tinder increasing the number of first dates.
Not to mention the adoption of the swipe left, swipe right feature used by many preceding networking apps. 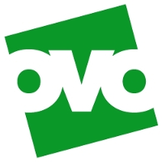 8. OVO Energy @OVOEnergy (Home Tech)
Home tech is one of the biggest innovations to hit the energy sector in recent years, and no one does it better in the UK then OVO Energy. With energy being one of the biggest global concerns due to global warming, smart meters are a real technical game changer. The OVO application is a great way for us to see what energy we use and more importantly how much we waste.

It is the aim of the British government for every house to have a smart meter by the year 2020. According to OVO they describe smart meters to be "digital and connected to the internet, so it can 'talk' to your energy supplier. That means you'll never need to submit a meter reading again". One of the biggest positives of smart meters is the fact that, never again will your energy bill be an estimate. Once you have a smart meter, you'll only pay for what you actually use; this will hopefully result in huge savings for users. 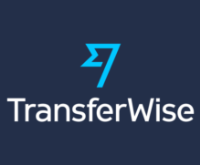 7. TransferWise @TransferWise (Fin Tech)
Founded by Skypes first ever employee Taavet Hinrikus, as well as financial consultant Kristo Käärmann. The personal experience of transferring money international was the inspiration the two native Estonians had when they developed TransferWise, due to bank heavy charges on the amounts they needed to convert from euros to pounds and vice versa. In the words of Hinrikus, "I was losing five per cent of the money each time I moved it. At the same time my co-founder Kristo Käärmann was starting to get paid in the UK and was losing a lot of money transferring cash back home to pay for a mortgage there".

TransferWise works by routing payments not by transferring the sender's money directly to the recipient, but by redirecting them to the recipient of an equivalent transfer going in the opposite direction. This process avoids currency conversion and transfers crossing borders. This technology has made it easier and cheaper for millions to transfer money internationally. 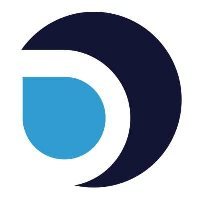 6. Open Bionics @openbionics (Med Tech)
When we all first heard about the 3D printer a few years back one of the biggest possibilities was the way it may change the medical industry across the world. Enter; Joel Gibbard a roboticist based in Bristol, UK founded Open Bionics, a company that uses the 3-D printer to create prosthetic limbs.

It only takes a couple of days for the Open Bionics team to create a model of an amputee's residual limb and create a custom fitted bionic hand, using 3D printers. One of the main reasons that I feel this technology company is changing the world for better is due to the fact that their products are not only functional but affordable. According to creator, Joel Gibbard; "Amputees can afford these devices and it will help the NHS save money as it's a more affordable option than a lot of other myo-electric prostheses."

Another reason why this company is awesome is how they are helping children; Open Bionics recently announced a royalty-free licensing deal with Disney to create official Iron Man, Star Wars, and Frozen bionic hands for young amputees.
Open Bionics are truly using technology to make the world a better place, and I can't wait to see what the future holds! 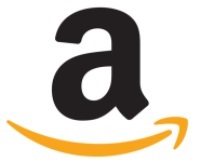 5. Amazon @amazon (E-Commerce)
Amazon has changed retail. Scratch that, Amazon has changed E-Commerce forever!
From its interactive one click shopping, to Amazon drones, all the way to the Kindle and Amazon Prime. This once Washington based online bookstore, has transformed itself into the largest Internet-based retailer in the world by total sales and market capitalisation. Amazon has made it quicker and easier for us to shop, there is no need to hunt down specialist shops, and everything we need is in one place. A number of studies show Amazon is consumers' first stop. In one, nearly a third of shoppers said they go to Amazon first, to check reviews and prices.

Amazon is looking to use there technological superiority to take the power from traditional retailers. In 2017 Amazon purchased Whole Foods for around $14 Billion, With Amazon now looking to enter the grocery and food market. This acquisition looks likely to force a battle between traditional brick and mortar retailers and Amazon's click and mortar.
Amazon's success comes down to the way they keep one eye on the future. They were one of the early innovators of using drones as a way to improve the customer experience. Amazon's spokesperson Kristen Kish said; "One day, seeing Prime Air vehicles will be as normal as seeing mail trucks on the road". 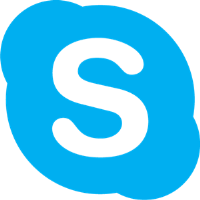 4. Skype @Skype (Communication)
141 years after Alexander Graham Bell patented the telephone, we can now see the person on the other end. The name for the software is derived from "Sky peer-to-peer", which says it all really. Skype connects us digitally, no matter of geographic distance with Skype it is possible to communicate with a fellow user easily and more often then not for no charge.
In 2011, Microsoft Corporation acquired Skype Communications for $8.5 billion. The company was incorporated as a division of Microsoft, which acquired all its technologies with the purchase. This acquisition transformed Skype into arguably the biggest communication technology in the world today.

Anyone that has friends or family abroad know just how beneficial Skype is, there is no longer a need to fear those pesky long distance and international phone bills, with the click of a button, we are able to speak and more impressively see each other.

Now it's just a case of teaching our dear old grandmother to angle the camera better, so we don't have to stare at the top of her head. 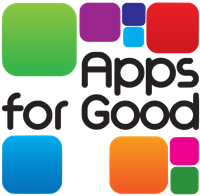 3. Appsforgood @Appsforgood (Application Tech)
Apps for Good is a UK based organisation, there aim is to unlock the confidence and talent of young people through creative learning programmes, in which students use new technologies to design and make products that can make a difference to their world.

The purpose behind this company is to use application as an education tool for young people, Apps for Good equips students to research, design and make digital products and take them to market. But apps are not the point of what they do. The goal is to produce more able, self-confident, collaborative young people, ready to make a difference to their world. Most children are consumers of technology; Apps for Good want them to become makers using technology.

AppsforGood are looking to make the next generation of technical innovators, so they are changing our world literally as you read this and in the years to come, and likely taking us on the path to inspire the next Apple of the world. 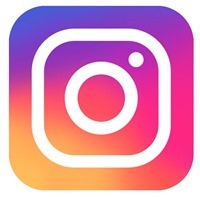 2. Instagram @Instagram (Social Media)
It was difficult to pick one social media platform to put on this list, from Facebook and its many years of dominance, to its biggest competitor Twitter; however I feel that right now Instagram is changing the way we live our lives more than anyone else. The fact that, the word 'Selfie' has found its way into the Oxford dictionary is a true testament to the success of the photo-sharing social media application.

Much of the platform's appeal lies in its relative simplicity; hence developers have changed very little since its inception in 2010. Success came quickly for Instagram. After its launch, Instagram rapidly gained popularity, with one million registered users in two months, 10 million in a year, and ultimately 700 million 2017.

However it's the social impact that Instagram has had that puts it on this list; organisations are using Instagram as a way to market their products and services with the millions of users all over the globe. With the rise of Instagram, it is possible for small businesses to use their creativity and industry knowledge to compete with the big boys in terms of exposure to audience. In fact, some businesses are made up entirely through the use of this platform itself, just think Joe Wicks the body coach. Who rose to famous from his Instagram profile to now have multiple books and his own TV show.

Now let's all be honest, show of hands who else takes a picture of their food before eating in a restaurant. 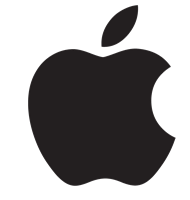 1. Apple @Apple (Hardware)
Of course Apple is number one, who else was it going to be?
Today marks the ten year anniversary of the iPhone, and what better testimony to the success of this product, is the fact that nearly every single tech company featured on this list ether started off as an iPhone app or now has application capabilities. Apples greatest invention is arguably the iPhone itself, which killed the cell phone and gave birth to mobile computing.

In 2011, Apple was rocked by the death of one of its founders and one of its pivotal figure heads Steve Jobs, however in true Apple style the company kept moving forward and kept looking to the future, constantly changing technology and the world around them. No matter the cost, no matter the bad publicity that Apple receives there will still be mile long ques when Apple releases the next product.

So there you gave it, the 10 technology and digital companies that are changing our lives every day. With government reports claiming that "Tech sector growing faster than UK economy" who knows how tech will change our lives in the next ten years.

Start the conversation with one of our consultants. Let's make
a positive difference to your future today.